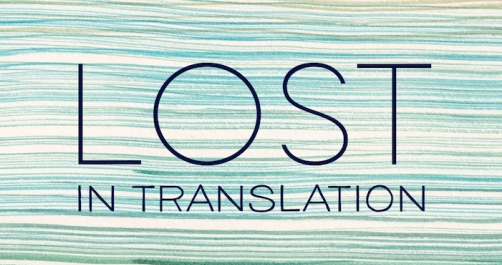 People across the world understand many common concepts in the same way, despite using different languages to express them. For example, Italian-speakers would refer to a small domesticated feline animal as a “gatto”, just as a German-speaker would use “Katze” and an English-speaker a “cat”. Such terms are said to have a direct equivalent or perfect translation. Other concepts or ideas may be more culture- or country-specific, and thus give rise to words and expressions for which there is no simple or direct equivalent in another language. These terms, which some might call “untranslatable”, can pose a challenge for translators, who must nevertheless find a way to convey the sense of the original text. Here are some examples from a number of different languages.

The Germans have a single, albeit lengthy, verb that rather neatly expresses “to make a situation worse when trying to improve things”. While we can all identify with the concept of being in a situation whereby our efforts to remedy a mishap have caused things to escalate, we would not have been able to express it quite as succinctly in English.

This word is used to refer to the act of enjoying a beer outside on a sunny day. To understand why the Norwegians have a special word for this, a little context is helpful. In Norway, the winter is long and dark, and summer is relatively short, with temperatures often not rising much above 20°C. So a beer that can be enjoyed outside in the sunshine (and particularly the first of the year) is not just any beer! And thus, it deserves its very own word.

This Italian noun refers to the drowsiness that one might experience after a particularly filling meal. Anyone who has ever visited Italy will inevitably be familiar with the feeling of being too full to move and needing a little lie-down after lunch. The word derives from the verb “abbioccarsi”, no longer in common parlance, meaning “to collapse with exhaustion”.

The Scots have a word that refers to that awkward moment of hesitation when you can’t quite put your finger on someone’s name. It can be used as verb, as in “Oops, sorry, I tartled there for a moment” or as a noun, as in “Pardon my tartle”.

This word refers to a major concept in Japanese philosophy. It means something along the lines of “an awareness of the universe that provokes feelings so deep and mysterious to be put into words” and influences various Japanese art forms, including painting, literature, theatre and architecture.

The Danish word “hygge” has given its name to a very popular trend in recent years. So much so that it has been included, as is, in the Oxford Dictionary, which defines it as a “quality of cosiness and comfortable conviviality that engenders a feeling of contentment or well-being”.

Hindi-speakers use this term to refer to the emotional pain and sadness felt due to being away from the one you love.

“Kummerspeck” can be literally translated as “sorrow fat”. Although in English we might talk about emotional eating, we do not have a specific word for the weight that we might put on as a result.

The Portuguese use “saudade” to refer to a state of profound nostalgia or longing for someone or something that is absent, often underpinned with the knowledge that the person or thing is gone forever. Fado, a Portuguese style of music, often epitomises the concept of “saudade”.

Anyone who has ever travelled on public transport in a capital city at rush hour will be familiar with the concept expressed by this Latvian word, namely that of being squashed into uncomfortable proximity with far too many other people!

In Estonia, a country where saunas are widespread, the person who creates steam by throwing water on the hot stones is called the “leiliviskaja”. It seems that in no other language has anyone thought to give this job a name!

This Bulgarian word that translates to “the land where the foreigners live” is used to refer to any place outside Bulgaria, often instead of specifying the name of a region or area.

The concept of being reunited with a loved one after a separation is, of course, familiar for people all over the world. However, the French word “retrouvailles” encompasses not only the action of meeting up again, but also the joy and emotion associated with that moment.

Tradoc is a translation specialist with 30 years of experience. You can be sure that our translators and interpreters will find the best possible way to express what you have to say, no matter how “untranslatable” it may seem. For more information on our translation and interpreting services, contact us using the online form or by email .