French around the world

A closer look at subtitling

French around the world

French as an official language

The status of the French language varies from one country to another. It may be:

Today, French is an official language in 29 countries.

In the Americas: Canada, Haiti

The French-speaking world includes not only countries whose official language is French, but also where people use French in part of or throughout their daily lives and communications. 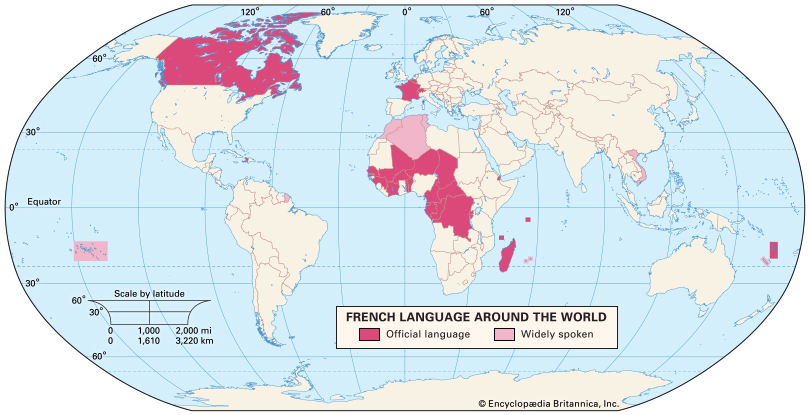 French as a foreign language

French is most widely learnt as a second language in Africa. To be precise, 72%, or around 23 million, of people learning French are African. Next comes Europe, with 10.5 million learners of French, primarily in the Netherlands, Italy and Portugal.

In the UK and Ireland, French is the leading foreign language studied, and in the German-speaking countries of Europe, it is in second place, behind English.

Why learn French? Firstly, French can be a great asset in one’s career, as France is the world’s fifth greatest economic power. Proficiency in French also opens the door to a wealth of French culture, including literature, cinema and music. Furthermore, French is a language used in international relations: it is one of the official languages of several major international organisations, including the UN, NATO, the International Olympic Committee, and the International Committee of the Red Cross. Finally, French is a language of reflection and debate: after all, it is the language of the Enlightenment, of philosophy, and of the text on which the Universal Declaration of Human Rights is based.

Paris, gastronomy, culture… France has so much to offer those who decide to learn the language.

Be it French, or any other language, we can fulfil your translation and interpreting requirements. Tradoc is a specialist language service provider with more than 30 years of experience. Contact us via our contact form or by email.